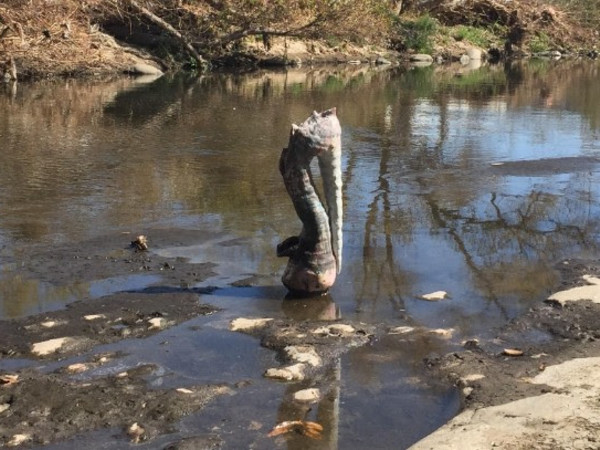 
Massimo De Carlo gallery is pleased to present Weird Sisters, the first exhibition in Italy by the American artist Karin Gulbran, opening on the 11th of April 2018 in our Via Ventura exhibition space.

Karin Gulbran, who is based in Los Angeles, California, began her training as a painter, developing a language grounded in investigating and conveying her everlasting interest for all things connected to the realm of the natural world. Ten years ago, the artist began translating her oneiric earthly imagery into ceramic creations.

For Weird Sisters Karin Gulbran has crafted a series of large ceramic vessels adorned with her unique dream like iconography of animals in the landscape, chasing, hunting and frolicking in the rain, woods and moonlight. Cats, rabbits, wild boar and fish inhabit the enchanted glazed surfaces of the pots.

The title of this exhibition, Weird Sisters, refers to the three figural vases also on view. These works are an evolution of her Pelican vase, emerging as a sculptural and fantastical Seahorse- Pelican. They are hybrid creatures like the Chimera or Unicorn and allude to the mythical. Whereas the large pots feature wooded scenes and earthly animals, the Weird Sisters are aquatic creatures, which can be imagined in watery terrain, represented here by cauldron shaped fishbowls.

Also featured is The Budding Branch, a subtle pot depicting four branches in various stages of bloom. This piece quietly sets the scene, representing the landscape that the animals inhabit, like a stage before the actors emerge or trees waiting for flowers before they blossom.

Each of Karin Gulbran’s works carries the viewer into the artist’s personal expressionistic lexicon that is formed intuitively and emotionally through the creative process. As put by the artist herself: “I am inspired by relationships to animals in proximity to me, both real and imagined and sympathetic to their survival.” Weird Sisters offers a glimpse into this supernatural universe, allowing the viewer to connect to glazed and bewildered earthly powers.

Karin Gulbran was born in Seattle. She lives and works in Los Angeles. The artist received a BFA from the San Francisco Art Institute in 1996 and an MFA at UCLA in Los Angeles in 1999. In the last ten years she has successfully decided to move from painting to ceramic creations. Recent exhibitions include: The Brightsiders curated by Adam Miller, Verge Center for the Arts, Sacramento, CA (2017); Angeles, CA (2017); The Woods, Pierre Marie Giraud, Brussels, Belgium (2016); Splendor in the Grass, China Art Objects Galleries, Los Angeles, CA (2016). Weird Sisters is Karin Gulbran’s first exhibition in Italy.
Opening reception on Wednesday 11th of April 06pm-09pm