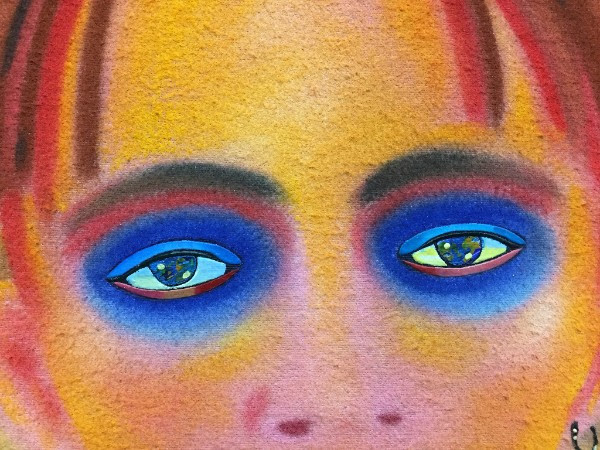 “It was a flourishing time on the continent – new rhythmical institutions and militant orphanages sprang up from the ground here and there like garlic flowers in spring! Some very delicate circumstances of the renewed adoption laws were cultivating smiles and shiny eyes everywhere. Suddenly ballet schools could bring in premier orphans from the entire Scandiland! The whole of the Alpsy region! Yes, even from the plains behind the legendary milk farms of the East. Modelling itself after the Ospedale della Pietá, which had succeeded to produce such supremely talented musicians in the past, the Enderhôn-Strobe Ballet Orphanage was now spitting out the finest dancers, the global Kanton could have imagined.

(The voice takes a short break as only birds are heard singing at a distance, and then continues)

“But why suddenly this cornucopia of dancers? Rumors from a former La Scala sergeant tend to suggest that, before Fulco di Verdura opened his first store in NYC, he served as principle at the Enderhôn-Strobe Ballet Orphanage. It was just for a couple of seasons, but fell during the era, where the institution went through the important transmission from the hard Bournonville methods towards a more rigorous focus on the styles associated with the Balanchine-Epic system. Completely redefining the civil codes of the entire region!”

(Once again the voice stops briefly, when a bus full of jolly, tulip-ornamented cadets swings through the school gate!)

“Were this to be true, it would also suggest, how all of a sudden endowment and collections of the school increased dramatically. Fulco was known for his delicate sense of bringing together politicians and choreographers. As when a grandiose donation from a relative to Antonio Canova consisting of acquerelli showing bright dancers on a dark background were hung in the welcoming foyer of the school. Shoulder to shoulder with rows of alumni portraits – the so-called petit hall of legends!

Of course the cabbage fields around the school compound would still have their sweet resin-like odor, when between make-up lessons the East Danish and North Friesian kids would celebrate their native holidays by hiding in the fields to re-enact peasant marriages or other festiva from home. Many cadets had backgrounds in Jumpstyle, Shuffle, Tecktonik etc., so the exercise of these steps, were never totally prohibited, but were of course restricted to very special and rare occasions. Although camouflage fabrics, leather vests and thick embroidery remained prohibited within the campus grounds.

History lessons and library hours became delicious essentials for the young ones’ education. In comparative research projects they playfully internalized the historian’s toolset. The so-called dance epidemics or Choreomania of the Middle Ages reflected in modern days Hardstyle festivals, tarantellas of the harvest time reborn in the dance islands of the Mediterranean. Spider poison and Mutterkorn – a fungus on cereal grain that caused hallucinations and necrosis – were compared to psychedelics today. All in all a kind of glorious “peasant tradition” standing on the shoulders of giants, intertwined with the Hochkultur of martyr conductors and dancing kings – the craving for the stage had begun.”

Magnus Andersen (born 1987 in Elsinore, Denmark) studied in the class of Martin Erik Andersen at the Royal Danish Academy of Fine Arts and until 2016 at the Städelschule Staatliche Hochschule für Bildende Künste in Frankfurt in the class of Judith Hopf. His works have already been shown in Vienna, Copenhagen, Frankfurt am Main and most recently in New York.