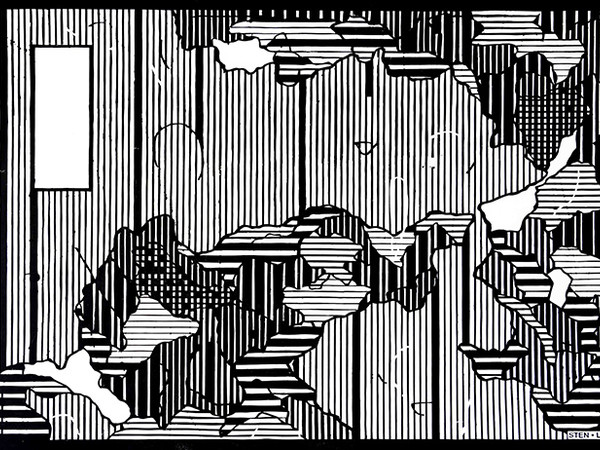 Orari: from Tuesday to Saturday 11pm-7pm


Sten (Rome, 1982) and Lex (Taranto, 1982), pioneers of the Stencil Art technique in Italy, created the first stencil in the streets of Rome in 2001. Since 2002, the duo has been known for developing the use of halftone in stencil. In 2008, Banksy invited them to participate in the Cans Festival in London. Later on in 2008 and in 2010 they participated in the Nuart Festival with international figures of Street Art such as Blek le Rat, Nick Walker, Dolk, D-Face, Chris Stain, Vhils and Roa. Starting in 2010, they painted a series of portraits of anonymous people on facades of buildings, in international cities such as Stavanger, Køge, Baltimore, Atlanta, Poznan and Katowice.  Among their latest projects is the exhibition "Cross the Streets", held at MACRO in Rome in 2017. Their works are included in many private collections and are permanently displayed at the MACRO in Rome and temporarily in important institutions such as the MADRE of Naples.

Wunderkammern presents in its Milanese gallery StenLex: Confini. Ritagli su carta (Borders. Cut-outs on paper). In 2015, the Roman gallery hosted a solo show by the artists entitled Matrici Distrutte (Destroyed Masters), where technique and process acquired the same importance of the finished work. For their second show at Wunderkammern, StenLex decided to engage a reflection on abstractionism, creating imaginary maps that refer to true maps with aesthetic borders. On this occasion, the artists will present medium and large format works realized with stencil poster technique, where the artistic process always focuses on the destruction of the masters.