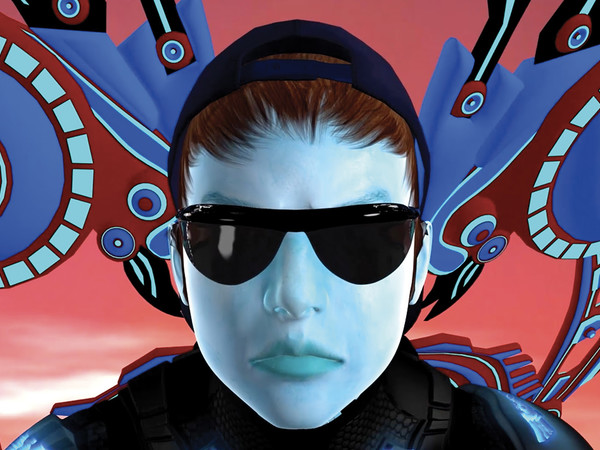 Indirizzo: Via Guido Reni 4/a

Culling video and images from the far-flung corners of the web, the work of Jon Rafman explores the influence of contemporary media and technology on present experience.
In his practice, Rafman employs the rich vocabulary of the Internet subcultures, virtual worlds, and video games, to create work that reformulates the concepts of present, future, memory, nostalgia, identity, and the psyche.
The artist’s more recent film —Minor Daemon, Vol. 1 (2021)— is set in a surreal dystopia that feels like the deranged fever-dream of Hieronymus Bosch if he grew up on 4chan, and traces the intersecting fortunes of two young men, Billy and Minor Daemon, who share an extraordinary gift for virtual reality gaming and go through a series of nightmarish events. Billy, a spoiled frat boy, is the top dog at an elite prep school. Minor Daemon, abandoned at birth, is a guileless asthmatic raised in a child labour compound. After a nightmarish sequence of events, the two are incarcerated at the same supermax penitentiary. They join forces and catapult their VR prison team to the league championships, where a victory will secure their freedom. After a devastating defeat in the grand finals, the two men then plan an intricate escape. Billy ends up betraying Minor Daemon during a bungled prison break and flees to a remote pleasure planet. There Billy climbs the ladder of an intergalactic criminal underworld, as Minor Daemon suffers through the horrors of prison life. When he’s finally released years later, Minor Daemon, obsessed with vengeance, tracks Billy down to the violent alien planet. In a place where dreams are paid for in blood, Billy and Daemon face-off in an ultimate showdown that will seal their fate.   Jon Rafman’s Italian preview is presented in the frame of the program The Dreamers: An Echoing, which follows The Dreamers I 58th October Salon I Belgrade Biennale 2021 (June 24–August 22, 2021), curated by Ilaria Marotta and Andrea Baccin, through video screenings, performances, and presentations held in collaboration with institutions, foundations, and independents, in Italy and abroad.