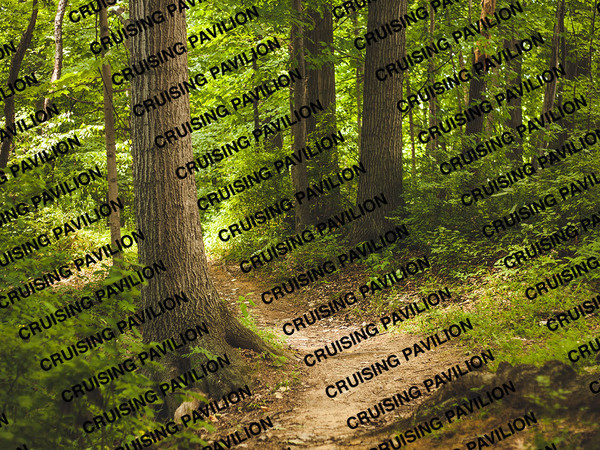 Cruising usually describes the quest for sexual encounters between homosexual men in public spaces, but it cannot be reduced to neither men nor homos. This sexual practice generally takes place in public sites like parks, toilets, and parking lots, or in dedicated establishments like bathhouses and sex clubs.
From the 19th century Vauxhall pleasure gardens in London to the '80s Mineshaft BDSM club in New York, the Cruising Pavilion looks at the conflictual architecture of cruising. Somewhere between anti-architecture and vernacular, the spatial and aesthetic logic of cruising is inseparable from the one of the proper metropolis. Cruising is the illegitimate child of hygienist morality. Relegated to the realm of depravity, it feeds off its most structuring disciplinary features. In the bathrooms built for cleanliness and the parks made for peacefulness, and also through the figures of the policeman and the flâneur, the modern city is cruised, dismantled and made into a drag of itself. The dungeon becomes playful, the labyrinth protective, and the baths erotic. If “architectural discourse is a deodorizer,” then cruising is the powerful human smell that haunts the dreams of Jean Genet.
The historical model of cruising is evolving and perhaps even dying. The contemporary combination of Grindr, urban development and the commodification of LGBT+ cultures has emptied established cruising grounds and replaced gay bars with condos. Geosocial apps have generated a new psychosexual geography spreading across a vast architectonic of digitally interconnected bedrooms, thus disrupting the intersectional idealism that was at play in former versions of cruising. Today, class, race and gender might be as regulated by the erotic surface of the screen as the architecture of the city.
By featuring contributions from artists and architects, the Cruising Pavilion wishes to highlight the failure to consider Freespace as defined by this edition of the Venice Architecture Biennale, without questioning the hetero-normative production of space itself. Architecture is a sexual practice and cruising is one of the most crucial acts of dissidence.